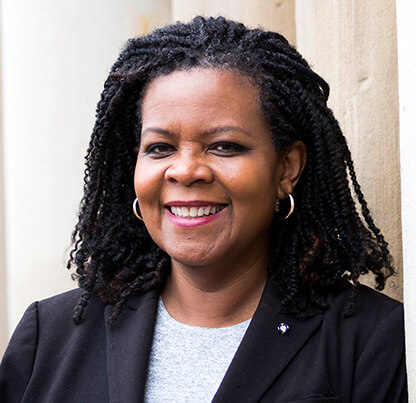 Annette Gordon-Reed is a professor of history in the Faculty of Arts and Sciences at Harvard University, the Carl M. Loeb University Professor at Harvard Law School, and the award-winning author of six books. Her latest book, On Juneteenth, sets out to capture the integral importance of the holiday to American history, which commemorates the end of slavery in the United States. In her earlier piece “Growing Up with Juneteenth,” written for The New Yorker, Gordon-Reed recounts how the Texas holiday became a national tradition. On Juneteenth is an even deeper, more personal recollection — a captivating blend of memoir and history that explores the violence and oppression that preceded and followed this celebration, what it means now, and how it relates to the larger fight for equality.

Gordon-Reed is also the author of The Hemingses of Monticello: An American Family, which won the Pulitzer Prize in history and the National Book Award for nonfiction along with fourteen other awards. It explores the inconsistencies of Jefferson’s stance on slavery and his relationship with enslaved woman Sally Hemings and has been called “the best study of a slave family ever written” by noted Jefferson scholar Joseph Ellis. Her other books include Thomas Jefferson and Sally Hemings: An American Controversy, a rich examination of scholarly writing on the relationships between Jefferson and Hemings, which exposes the possibility that scholars were misguided by their own biases and may even have contorted evidence to preserve their preexisting opinions of Jefferson. Gordon-Reed’s upcoming title, A Jefferson Reader on Race, is set to be published in 2022.

Her honors include the National Humanities Medal (awarded by President Barack Obama), a Guggenheim Fellowship, and a MacArthur Fellowship. Gordon-Reed was also elected a fellow of the American Academy of Arts and Sciences and is a member of the Academy’s Commission on the Humanities and Social Sciences. In 2019, she was elected a member of the American Philosophical Society.